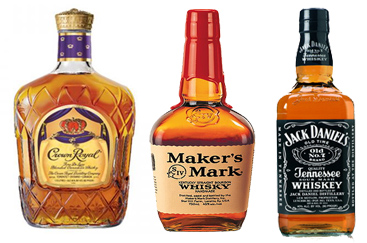 There are several whiskey varieties available for immediate consumption. The variation being with regard to ingredients, the whiskey barrels, etc. which we shall throw light on in this article.

There’s no “e” when spelling whiskey in Scotch whisky. This whisky has a distinct smoky flavor, thanks to its malt drying process and the whiskey barrels it uses for aging. Remember, whiskey barrels influence how the different whiskies turn out, in terms of color, texture and taste.

A portion of the malting is carried above a fire fueled by peat, which lets the smoke and malt to blend with each other. Almost every Scottish region has its own distinctly flavored Scotch whisky, some aspect of which can be attributed to the unique aging carried out in the whiskey barrels.

This whisky variant is made courtesy a single distillery and multiple whiskey barrels. Currently, there are close to 100 distilleries equipped with several hundred whiskey barrels across Scotland that make this variety of whisky. Pot stills are used to distill malted barley, and later a 140 proof spirit, called Plain British Spirit, is poured into the oak casts. Once done, the liquid solution is put to age in whiskey barrels for a minimum of three years; the whiskey barrels may need some more time in certain cases. When compared to blended Scotch, single malt Scotch has a much richer flavor – the aging duration and the whiskey barrels may have a say in this regard.

This whisky type goes well with Scotch cocktails. It comprises the much harsher toned single-malts. These malts are blended with grain whiskies in a cask, and are put to rest in the cask for many months. But, this takes place after each malt has been separately aged, and every Scotch house has come up with its unique recipe. As far as the exact blends go, it’s common for 20 to 25 whiskies being used in one blend, and close to 20 to 25 percent being put together with single-malts.

Generally, Mint Julep and Kentucky comes to people’s minds when they come across the term “Bourbon”. Though Bourbon County lends its name to the whiskey, the county doesn’t make the whiskey anymore. Fortunately, the whiskey could still be made in any American state, with a mash bill of at least 51 percent corn, and the remaining composed of other grain whiskies.

This type of whiskey is referred to as America’s Native Spirit, which should be aged for a minimum of two years in oak whiskey barrels. However, in the majority of cases, the aging takes place in the whiskey barrels for more than four years.

Rye whiskey is usually made using barley and wheat; however, at least 51 percent of the grains employed must be rye as per law. In the taste department, rye whiskey is quite similar to Bourbon. But, there’s the added bitterness and spiciness to rye whiskey.

The American blended whiskey comprises several chosen grain spirits and straight whiskies, similar to blended Scotch, and all of these ingredients go in to create a distinct spirit. This whiskey variant should have a minimum of 20 percent straight whiskey.

If your cocktail needs a dash of whiskey, then there’s no better whiskey choice than Canadian whiskey. This is because authentic Canadian whiskey blends well with a range of other liquids. It’s extremely versatile and also light-bodied. As far as the composition of the whiskey goes, it primarily has wheat or corn, with barley or rye, and barley malt used as supplements. The Canadian whiskey undergoes aging in oak whiskey barrels or kegs for a minimum of three years. However, in most regions, the aging process in the whiskey barrels can last for four to six years. Whiskies that have been aged for longer in whiskey barrels tend to taste richer.

This whiskey type is quite similar to Bourbon, and the minimum corn requirement for distillation purposes is 51 percent – the maximum being 79 percent. The filtration process used for this whiskey type entails the kind of whiskey involved to drip slowly through sugar maple charcoal (which is approximately 10 feet in height) and the process could take close to two weeks. Remember, this process covers only a single batch, and the whiskey barrels used may be different from the whiskey barrels used for other whiskey types.