Small Wine Barrels Made From Oak Add Flavor And Aroma 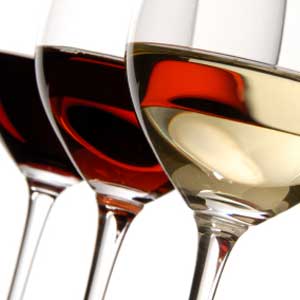 There is an affinity between Oak and wine, and it is one that deserves to be mentioned. This is particularly interesting due to the fact that large and small wine barrels made from Oak have been used for hundreds of years to age wines. Oak is essentially a flavoring that makes wine tastier.

Wines that are fermented and aged through Oak include the following:

The Association Between Oak and Small Wine Barrels

The kind of Oak used to make small wine barrels is based on various factors. These include where the wine barrel originated, whether or not the oak was dried or toasted, and how the barrel was manufactured.

American and French Oak barrels are the most popular for making wine. However, many winemakers also use Slovenian and Hungarian small wine barrels.  American barrels feature a wider grain than French oak wine barrels, and the wood tannins seen in American barrels are not as high as those associated with those from France. In addition, French barrels typically bring out less vanilla aromas and flavors than their American counterparts. Ultimately, however, French oak wine barrels are regarded as the best due to their wood grains and higher wood tannins.

The Significance of New Oak in Small Wine Barrels

Vessels referred to as new oak wine barrels offer more aromas and flavoring, which significantly impacts the wine’s quality. As the small wine barrels age, they are unable to provide the same effects. This makes sense when you think of it as you would a teabag: the flavor features a higher concentration when used for the first time, as opposed to its second or third use. Similarly, oak influences get consistently weaker when small wine barrels are used to produce additional vintages.

When a type of Oak is chosen, the wine manufacturer must then decide how to toast it for specific types of wines, which include heavy, medium or light tastes. Light tends to bring out more than one of the Oak’s qualities, while heavy usually indicates an overall smoky flavoring.

The Use of Oak Chips

Certain wineries prefer to use oak chips, rather than large or small wine barrels made from oak. This significantly reduces the cost of the wine because the chips can be used to ferment each bottle produced. Chips can be found in different aromas and flavors, and their use also makes the process faster, as they are concentrated, and therefore come in contact with a greater amount of wine. As of 2016, Old World wineries are allowed to use this practice.

Oak is essential regarding aging and fermentation of wine, and taste testing is the best way to experience the differences. One of the simplest wines with which to try taste testing is Chardonnay. This is because plenty of Oak is used to age Chardonnay. One will quickly discover that Oak Chardonnay has a buttery, smoky flavor, as opposed to bottles that were not aged in Oak barrels or Oak chips. The latter will have a fruity flavor, with hints of pear, peach and apple, depending on whether or not it was aged in a warm climate.